Charles S. McNeil has broad experience in the coal, oil and gas, mining and power industries.  He received his Bachelor of Science degree in Mining Engineering from the Colorado School of Mines in 1971 and was honored with the Mines Distinguished Achievement Medal in 1998.  At Mines, he is a member of the Foundation Board of Governors, the President’s Council, the Guggenheim Society, and appointed by the Governor to serve on the Board of Trustees. He also serves on the President’s Leadership Council at BYU and on the National Advisory Council of the Marriott School of Business at BYU.

Since 1993, he has been Chief Executive Officer of NexGen Resources Corporation, a natural resources company he founded, which supplies all the coal requirements for Xcel Energy’s Texas power plants, provides alternative fuel and clean coal technology commercialization, explores and develops oil and gas resources and provides mine development and operations. NexGen also manages a diverse portfolio of real estate assets it has developed for its own account. Under Mr. McNeil’s leadership, NexGen has been involved in multiple company start-ups.

Prior to forming his company, Mr. McNeil held Board, CEO, and senior executive positions with Kaiser Steel, Kaiser Oil & Gas, Kaiser Coal, Kaiser Power, Perma Resources and Consol Energy.  His experience includes responsibility for planning and operations of major companies, overall profitability of energy and industrial operations, start-up of new oil and gas, mining, and power companies, acquisitions and divestitures, investments in diversified industries and both corporate and project financing.

He is active in serving the Denver community as a member and Chairman of the Board of Trustees of the Denver Area Boy Scouts, Employers Council Board, Craig Hospital Foundation Board (2019 PUSH Gala Chairs), Common Sense Policy Roundtable Board,  Steamboat Institute Board, Cherry Hills Farm Board, Arapahoe House for Substance Abuse Board, (honored as 2007 Pillars of the Community), Sewall Childhood Development Center, Kempe Foundation for Abused Children, Children’s Diabetes Foundation (honoree at 2011 Carousel Ball), Volunteers of America (2019 Western Fantasy Gala Chairs), the Denver Center for the Performing Arts, the 2010 Cherry Hills Villager of the Year, and honored by the National Boy Scouts of America as a Distinguished Eagle Scout. 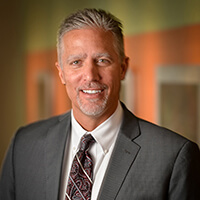 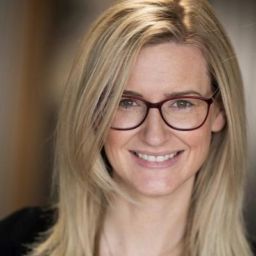