For more than a quarter century, Richard W. Scharf Jr. has been instrumental in growing all aspects of convention and tourism business in Denver.  He has been president & CEO of VISIT DENVER, The Convention & Visitors Bureau, since March 2004, managing a staff of 65 associates, which includes regional offices in Chicago and Washington D.C.   With 1,300 private business members and an annual budget of $37 million, VISIT DENVER is a non-profit association responsible for marketing Denver as a convention and leisure destination.  Under Scharf’s leadership, Denver has set new tourism records for the last 13 years, culminating in 2018 with a near record 31.4 million total visitors who spent more than $6.5 billion dollars.  Since 2005, Denver has seen a 64 percent increase in leisure visitors, compared to only a 22 percent increase nationally over the same time period.

Scharf has also been responsible for greatly increasing VISIT DENVER’s marketing resources. In 2005, he led a successful public vote campaign to increase the lodging tax in Denver in order to generate more marketing dollars.  Voters approved the measure by a margin of two to one, resulting in a marketing budget increase for VISIT DENVER of nearly 50 percent.  In 2017, Scharf worked with the City of Denver and the Colorado Hotel and Lodging Association to successfully create a Tourism Improvement District (TID) tax to help pay for a major expansion of the Colorado Convention Center expansion and greatly supplement VISIT DENVER’s marketing efforts.

Scharf has also played a key role in the development of Denver’s tourism and convention infrastructure.  He was one of the chief consultants on studies for the $650 million expansion of the Colorado Convention Center in 2004 and the construction of Denver’s adjacent 1,100-room Hyatt Regency Convention Center Hotel.  As a result of this public investment in the convention complex, more than $1 billion of private new development has occurred in the area, including 3,000 new hotel rooms along neighboring 14th Street. Scharf also served on Mayor Webb’s Convention Center Expansion Task Force, Design Team and Public Art Selection Committee and on several committees for Mayor Hickenlooper during his term of 2003-2011.

In 2015, Scharf worked closely with the National Western Association, to lead a successful public vote campaign to expand the Colorado Convention Center and completely redevelop the National Western complex.  The campaign was successful, gaining nearly 70 percent of the public vote.  He is currently serving on Mayor Hancock’s center expansion advisory team with the second expansion scheduled for a 2022 completion date.

A graduate of Purdue University, Scharf began his career at Hilton Hotels and joined VISIT DENVER in 1993. From 1988-1993, he owned a publishing and consulting company representing more than 400 colleges and universities as conference sites.  Under his supervision, VISIT DENVER has won all of the meeting industry’s top convention service awards for the past 27 years.

In 1999, Scharf was the second person to be inducted into the Colorado Hotel Sales & Marketing Association’s Hall of Fame.  In 2000, he won the Executive Excellence Award, given by the Association of Convention Operations and Management; in 2002 he won the Governor’s Tourism Award; and in 2007 he was named Business Person of the Year by the Rocky Mountain News and won the Leadership Award from the Meetings Industry Council of Colorado.  In 2009, he also received an honorary degree, Doctor of Business Administration in Travel-Tourism-Hospitality Management from Johnson & Wales University.

Scharf is an active member in all travel industry associations.  He served two terms as chairman of the board of the Governor’s Colorado Tourism Office and is a past president of the Tourism Industry Association of Colorado (TIAC), where he played a significant role in restoring funding for state tourism marketing.  He currently serves on the board of directors for the U.S. Travel Association, Colorado State University’s Master of Tourism Management, Von’s Vision, The Denver Police Foundation, and is a past board member of the Colorado Business Committee for the Arts, Colorado Sports Hall of Fame, Destination Colorado, Metro Denver Sports Commission, and Destination  International (DI, formerly DMAI), and DI Foundation.  Scharf also served on the Mayor and Governor’s Olympic Exploratory Committee as chairman of the Operations Committee.  He is a member of Colorado Concern, which is a nonpartisan association of CEO’s who work towards solutions to mutual statewide business challenges. In addition, he is a member of Trinity United Methodist Church and is a graduate of Purdue University. 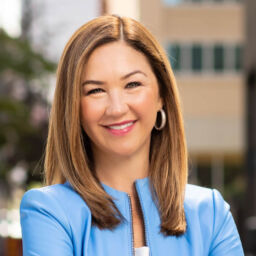